OpenAPI Specification (OAS) has become the standard way to define HTTP APIs. Like a universal adapter, an OpenAPI definition describes API methods and metadata, increasing API knowledge and portability across environments. Commonly used in auto-documentation, code generation, and design-first development, OpenAPI's pivotal role across many areas of the API economy cannot be overstated. 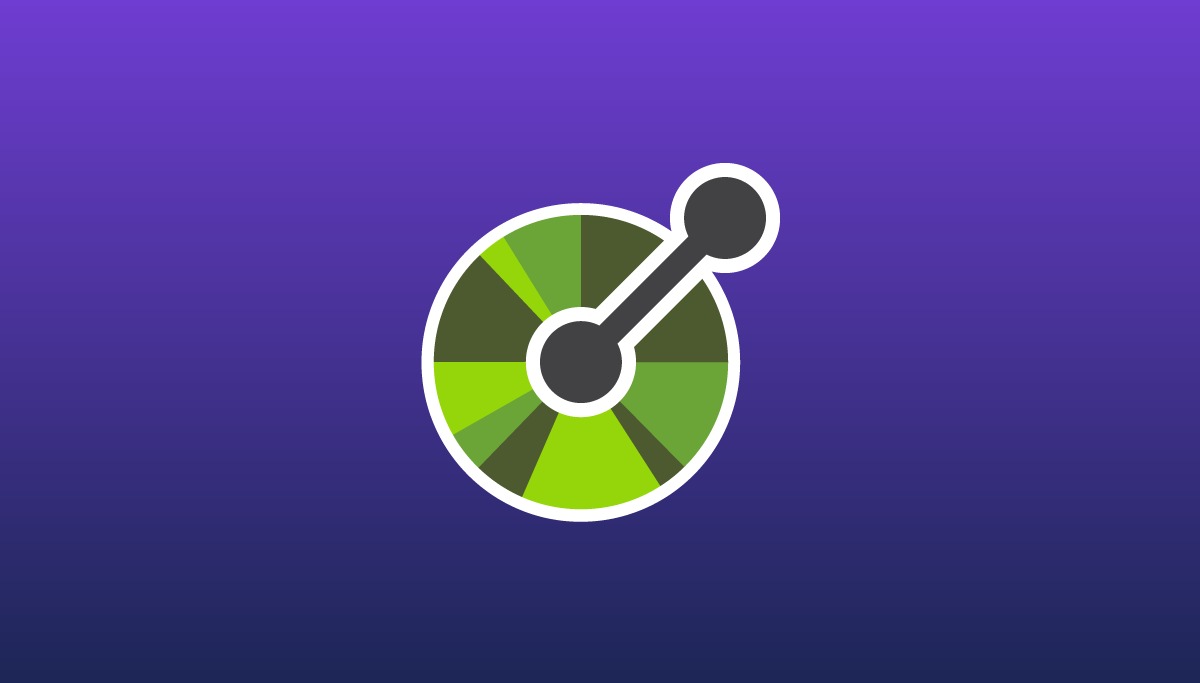 The offspring of Swagger, OpenAPI is now a vendor-neutral standard supported by the OpenAPI Initiative, a Linux Foundation project. With this strong backing, OpenAPI continues to evolve and sustain a vibrant, interconnected API economy. Below, we'll define what exactly OpenAPI is, how OpenAPI definitions are structured, and peek into some production implementations that demonstrate the power of OpenAPI.

OpenAPI is a standard way to describe HTTP-based APIs. Formerly known as Swagger, Smartbear donated OpenAPI in 2015 with the formation of the OpenAPI Initiative (OAI), an industry consortium governed by about 40 participating members representing some major tech interests.

So, what does OpenAPI accomplish? Well, think of OpenAPI as a lingua franca for everything API. Building off a common spec enables collaborative, design-first development practices. If you are iteratively improving your APIs, utilizing an API schema as a source of truth is vital to conform to API style and governance policies. With this source of truth, engineers can also auto-generate valuable materials, such as documentation, SDKs, code libraries, and more, thus reducing development effort. In fact, many tools exist to help developers leverage the power of OpenAPI to enable conversion, validation, linting, and other capabilities.

To understand OpenAPI, it helps to clarify three terminologies that are often conflated — specification, definition, and documentation:

In short, OpenAPI makes APIs more shareable, extensible, reusable, and consistent for both internal and external stakeholders. So, what does it look like?

Let's explore a sample OpenAPI definition. Below, we'll reference the 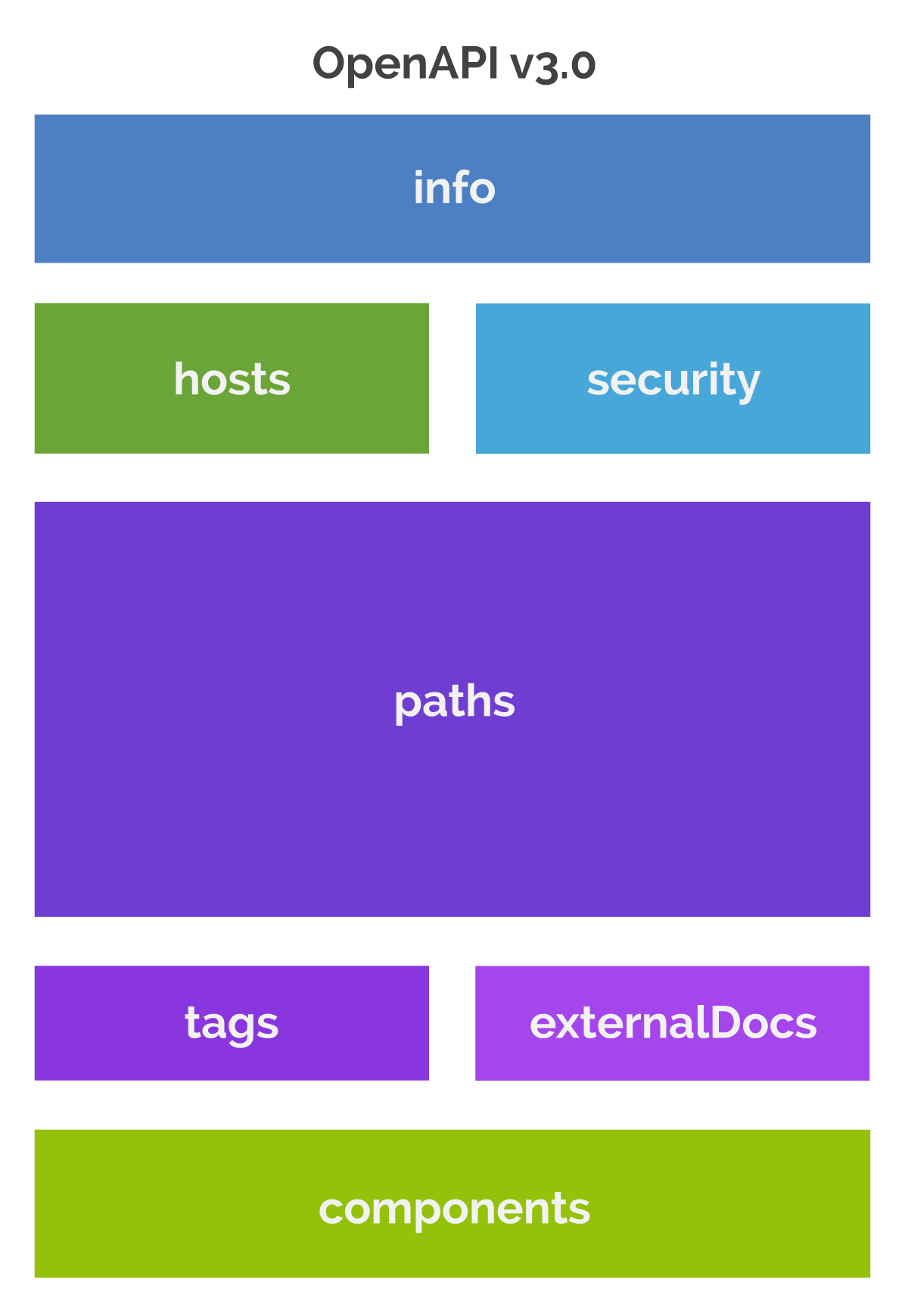 field contains high-level information about the API, such as , , and . The field denotes the root endpoint for the API. For example:

Next, an OpenAPI file outlines the

for the API. These describe the specific methods that can be reached, as well as their parameters, responses, human-readable descriptions of functionality, accepted content types, tags, and other expected behaviors. For example, here is a call to the path.

An OpenAPI definition would likely define many more paths, as well as additional HTTP method operations for the same

Another useful object is the

object, which holds a set of reusable objects for different OAS elements to reference throughout the spec.

OpenAPI continues to mature. OpenAPI 2.0 was released in 2014, and a major update to OpenAPI 3.0 was made in 2017. In 2021, the OpenAPI Initiative debuted v3.1, which brought some additional interesting improvements to the specification.

One simple, yet important update is inclusion of a

field within . For example:

One of the bigger changes includes support for webhooks. Callbacks have been supported since OpenAPI 3.0, but now, v3.1 provides a more standard way to define webhooks. You can now specify webhooks in OpenAPI definitions by pointing to a

, which can be defined as a component below. For example, it may look something like this:

APIs can be represented differently too, since as of v3.1, OpenAPI now supports defining only paths, webhooks, or components, or any combination of the three.

Another major update is support for JSON Schema. "One of the biggest changes in 3.1 is the relationship between OpenAPI and JSON Schema," said Darrel Miller, of the OAI Technical Steering Committee Member. Instead of using a shaky subset of JSON Schema, OpenAPI 3.1 is now more trusting of JSON Schema itself. According to Miller, this makes it easier for the tooling community. "You don't have to write your own OAS-flavored JSON Schema tools. You can just take a dependency on existing ones out there," he said.

For a complete list of updates in OpenAPI v3.1.0, view the announcement here.

A clear benefit to adopting OpenAPI is leveraging the expansive tooling ecosystem around it. Many open-source and vendor tools help API developers develop, test, document, and generate support code around their API. Kin Lane has done a great job of organizing some of these most useful tools within the API Specification Toolbox repository, also viewable on this website. OpenAPI.tools is another comprehensive resource. Below, we've summarized some of the most popular OpenAPI tools throughout a few key areas.

Examples of OpenAPI implementations in production

Here are several examples of OpenAPI usage within production settings:

Discourse is one of many companies using ReDoc to auto-generate their public API documentation from an OpenAPI definition. With a three-column layout, ReDoc makes it easy to explore methods, read implementation instructions, and view sample requests and responses. You can view the live Discourse documentation here.

Impressively, Xero, a large account software company, now auto-generates SDKs from its OpenAPI files. Xero developers run YAML OpenAPI files through OpenAPI Generator, a community-driven fork of SwaggerCodeGen. OpenAPI Generator has been used by other groups, such as Square, to quickly generate SDKs with functional documentation.

OpenAPI is in use by many development groups to assist design-first development approaches. For example, Axlerant adopts OpenAPI intimately within their development workflow. This has helped the team collaborate on responses and endpoints during the design process, as well as document and version the software appropriately.

5. How we are using OpenAPI at Apideck

At Apideck, we're using OpenAPI to power our documentation, generate SDKs and enable a transparent process. A transparent, specification-driven API design process helps keep all development in sync and aids our overall API governance. Since launch, we have utilized OpenAPI Specification, and we intend to receive design feedback on the repository itself — this will enable third-party developers to help drive the future of our Unified APIs. 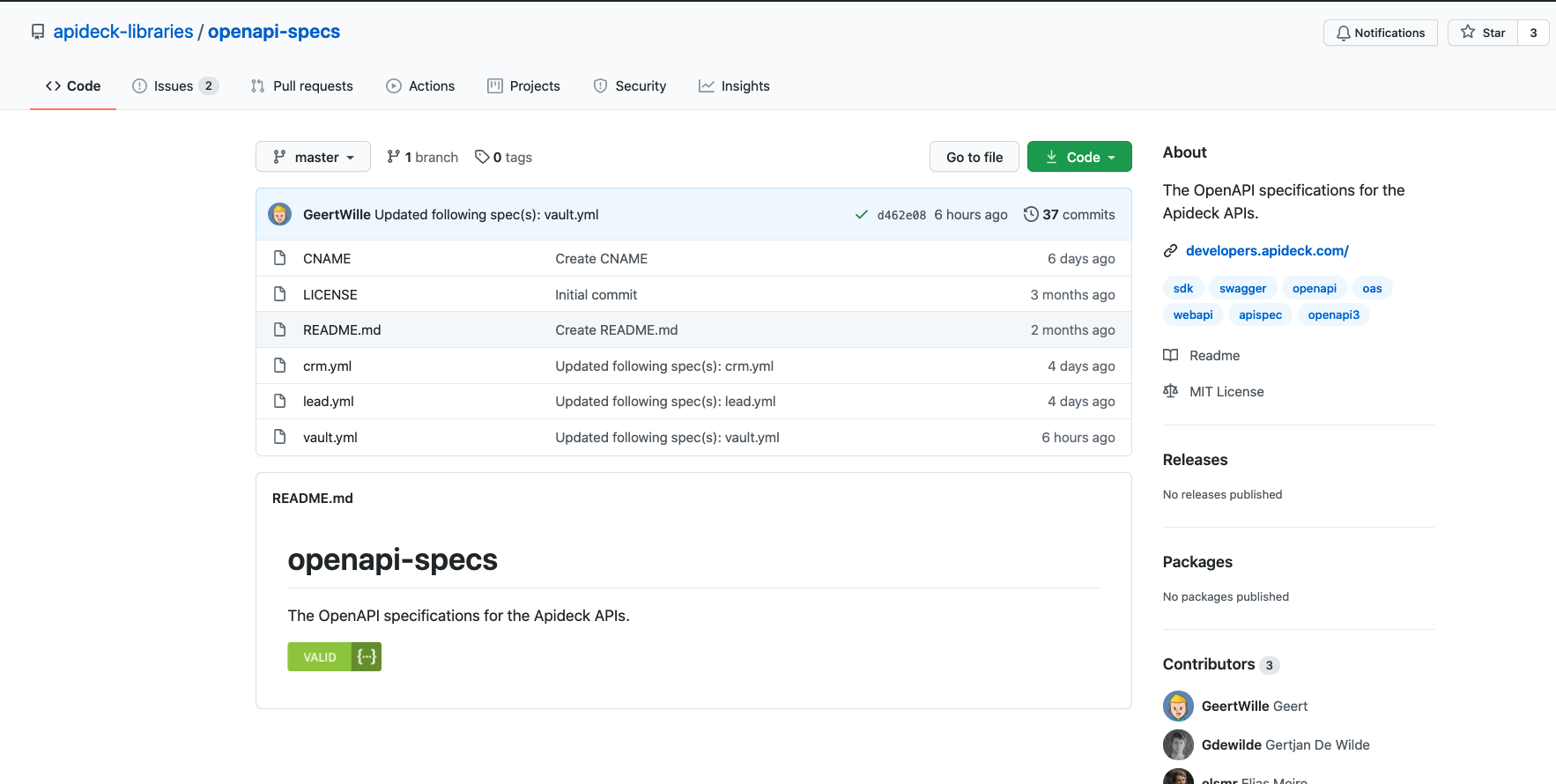 As you can see, there are many use cases for OpenAPI. But merely demonstrating its use in popular tools doesn't justify adoption. So, what are some end benefits of using OpenAPI?

Next, consider the impact on developer experience. With beautiful documentation, developers can easily explore an API, thus improving the learning process while reducing the effort to upkeep a developer portal. Utilizing OpenAPI tooling to produce additional resources, such as code samples, SDKs, and libraries, can tremendously improve the developer experience while allowing you to cast a wider net to support more programming languages.

Lastly, adopting OpenAPI means supporting the overall API ecosystem. OpenAPI is very-well maintained and adopted — no other API specification has reached its level of standardization. It's a Linux Foundation project with top tech company backing and a bright future. This translates into stability for the spec and stability for the surrounding adopters and integrators.

For years, the API industry searched for a specification to represent commonalities among thousands of APIs. Today, OpenAPI indeed dominates the market — however, to be fair, it's one of many API specification options. AsyncAPI, JSON Schema, RAML, GraphQL, and SOAP provide other ways to describe and document APIs. "All of these API specifications are continuing to see massive adoption across API providers and consumers," wrote Kin Lane.

Nevertheless, OpenAPI has found an intrinsic home within the majority of modern API developer toolkits. By standardizing how HTTP APIs are defined, OpenAPI enhances internal reusability and external consumption. With backing from tech giants like Google, IBM, eBay, Microsoft, and Mulesoft, it seems OpenAPI is here to stay. For all the benefits outlined above, if you don't already have an OpenAPI definition for your API program, it may be a good idea to consider it.